In September, the Armenian Prime Minister introduced the idea of implementing a flat scaled taxation system in Armenia. He argued that to attract foreign capital and to stimulate economic growth, a flat tax – the initial intent is to set up the tax at 23% and to reduce it to 20% in the following five years - is the right choice. 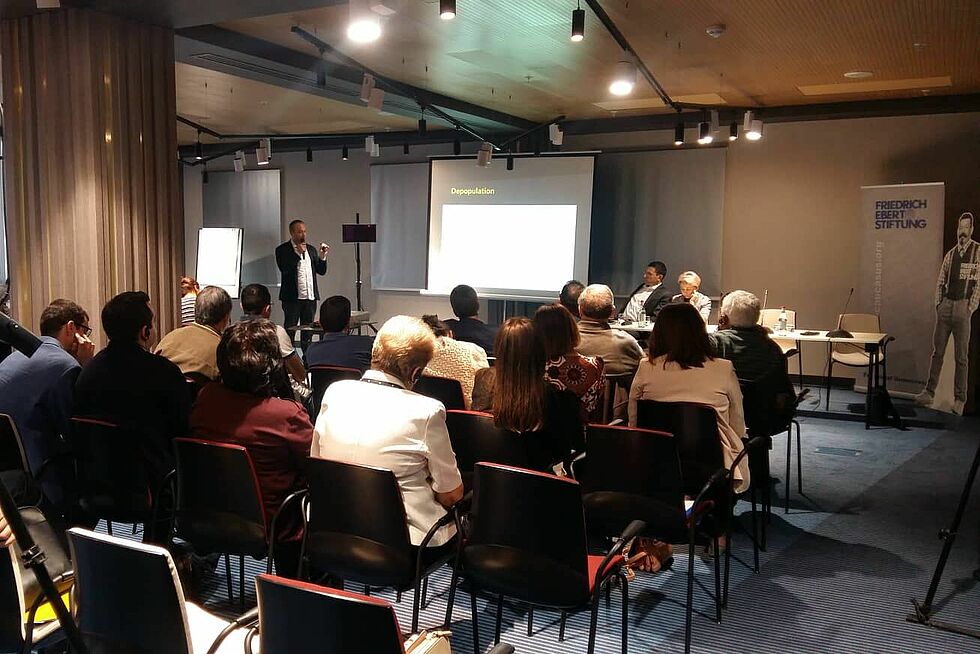 At first however, a public debate on flat tax needs to be triggered as a similar system in Georgia has had detrimental effects on its economy and society. Since the lower income classes have paid higher ratios of their income than high income classes, the system has put its main burden on low-income people. As a result, the gap between rich and poor is widening and social injustice is increasing in Georgia. Whatever the final decision might be, a profound and in-depth public debate on different taxation modes is, thus, necessary, as it is very difficult to change a once implemented taxation system.

To facilitate such a public discussion, the South Caucasus Office of the Friedrich-Ebert-Stiftung and the Social Justice Political Platform organized a panel and discussion round on taxation systems in Yerevan in October 2018. Together with Tato Khundadze – a Georgian expert on economics and taxes – different taxation modes and in particular the Georgian case and if it is applicable to Armenia were debated. Thus, a first step towards a public discussion was made.

Find hereafter links to video recordings of the event: