The research allows us to conclude that Armenia’s foreign policy aimed at gaining an international status due to which Armenia would stand out positively from other countries and would have its place in the system of international relations. Armenia has tried to achieve this by assuming several national roles at once, which the authors have divided into three groups: stable, transformed, and emerging. 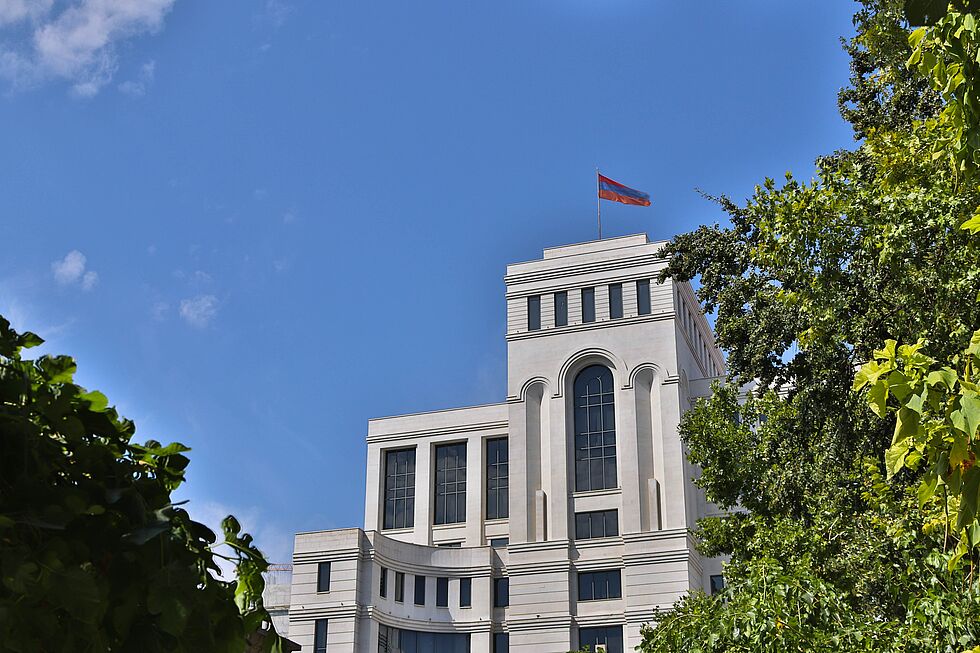 Photo by Sanasar Tovmasyan on Unisplash

The role of “faithful ally” has remained unchanged over the period under review (and, generally, since the declaration of independence). Both during Serzh Sargsyan’s presidency and after the change of government in 2018 (despite the disagreements in the Armenian-Russian relations over a number of issues), Armenia sought to show its uniqueness among Russia’s partners and allies. Moreover, over the years there has been a tendency to deepen that role.

The authors placed the role of “bridge” in the second group of roles, as it has undergone significant changes over the past 10 years. If under Sargsyan’s first presidential term Armenia wanted to show - by its own example - the possibility of synthesizing the interests of, and cooperation with, the West and Russia and the security systems led by them, during his second term the geography of “bridging” expanded significantly. To the security component of that role was added the economic one, in the form of a “bridge” between the EAEU and the EU. Besides, Armenia began to position itself as a link between the Persian Gulf on the one hand and Europe and the EAEU on the other. After the change of power in 2018 the role of “bridge” was transformed again. Pashinyan’s administration began to fulfill that role by acting as a “recruiting agent”, in this case, a mediator-negotiator between the EAEU and the states interested in cooperating with it. Moreover, in this period the roles of “faithful ally” and “bridge” merged, as the policy pursued in the direction of the latter fully served the implementation of the former.

The research classifies the role of “defender of the faith” into the third group of roles, as it is relatively newly conceptualized. As an integral part of this role, the authors have studied the sub-roles of the defender of the interests of all Armenians and the flagman of genocide prevention: these are based on ideas that, due to the peculiarities of its historical legacy, Armenia decided to defend in the international arena.

This site uses third-party website tracking technologies to provide and continually improve our services, and to display advertisements according to users' interests. I agree and may revoke or change my consent at any time with effect for the future.