The 18th South Caucasus Security Conference, organized by the Friedrich-Ebert-Stiftung, was held on March 29-30, 2019 in Tsaghkadzor, Armenia. 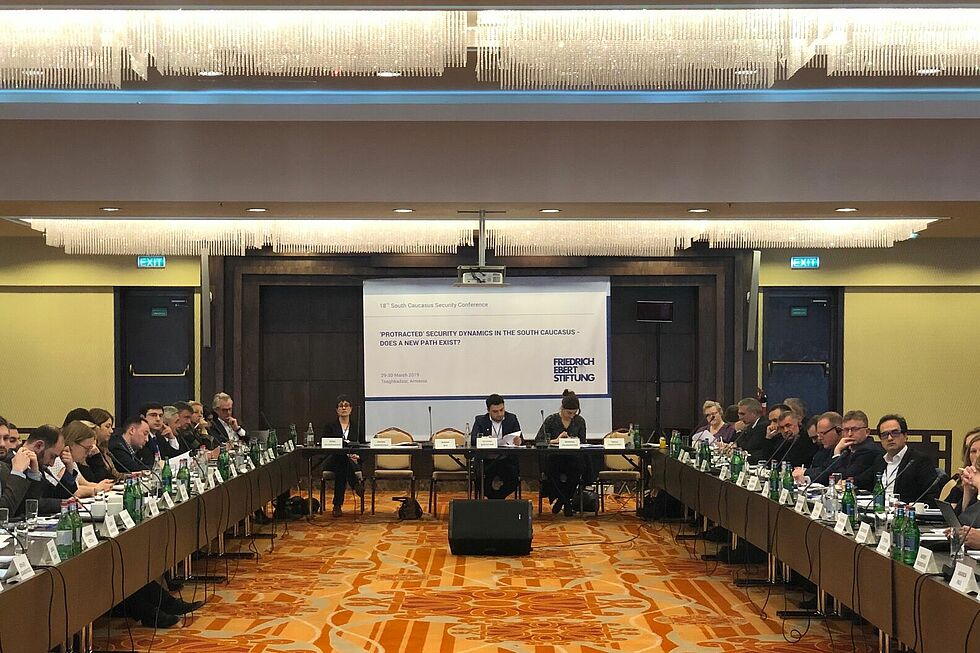 The dialogue on security challenges and opportunities of the South Caucasus focused on the region’s most recent political developments and their implications on foreign policy. Round-table discussions were held under the Chatham House Rule. Main topics of discussion included the foreign policy implications of the Velvet Revolution in Armenia; whether a new path to peace exists for Nagorno-Karabakh, and whether the EU can remain a “normative power” in the South Caucasus during times of democratic backsliding.