During his working visit to Germany, the Armenian Prime Minister Nikol Pashinyan was hosted at the Friedrich-Ebert-Stiftung in Berlin on 13 February. 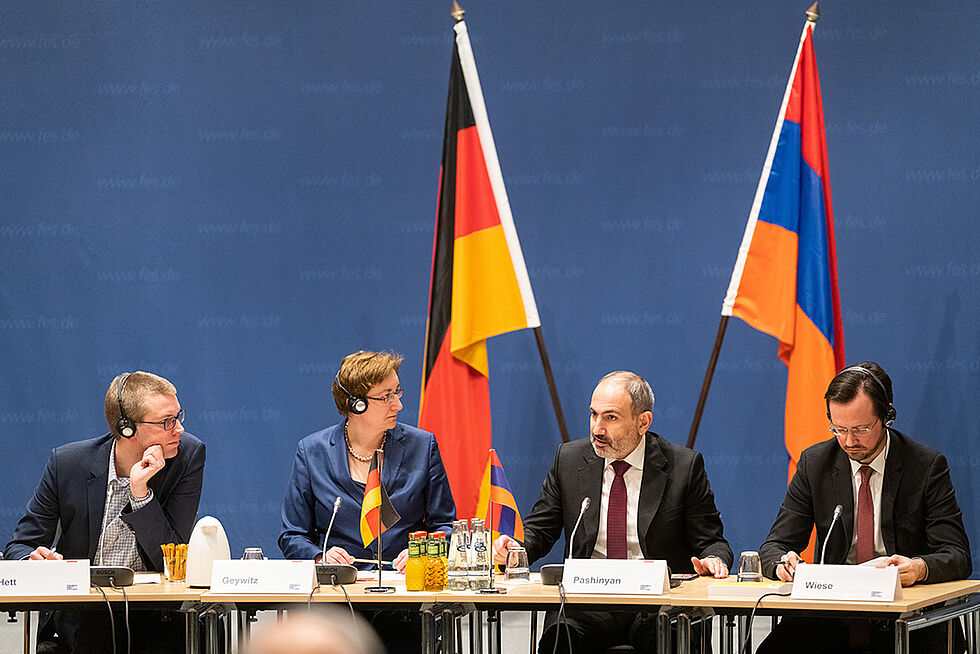 In the framework of an Expert Dialogue, Pashinyan was welcomed by Klara Geywitz, the Deputy Chairperson of the Social Democratic Party of Germany.  In her opening remarks, she touched upon the German-Armenian bilateral relations, Armenia's role in the South Caucasus Region, and emphasized the need for strengthening cooperation. Dirk Wiese, Member of the Bundestag and Germany’s Coordinator for Intersocietal Cooperation with the Eastern Partnership Countries, expressed his perspective on Armenia's political processes. Nikol Pashinyan presented his government's reform agenda in economic, judicial, and foreign policy areas, after which the Prime Minister responded to the questions from the audience.