FES Fall Academy on Economic Development strategies in South Caucasus took place in place in Kvareli, Georgia, on 20-23 of September. Participants from all three South Caucasus countries discussed alternative economics models with the professors of Berlin school of Economics and Law and experts from the South Caucasus. During the event was discussed that the social and economic problems the three South Caucasian countries are facing can’t be regarded only as the aftermath of the post-soviet de-industrialization processes rather the results of a current economic model itself. 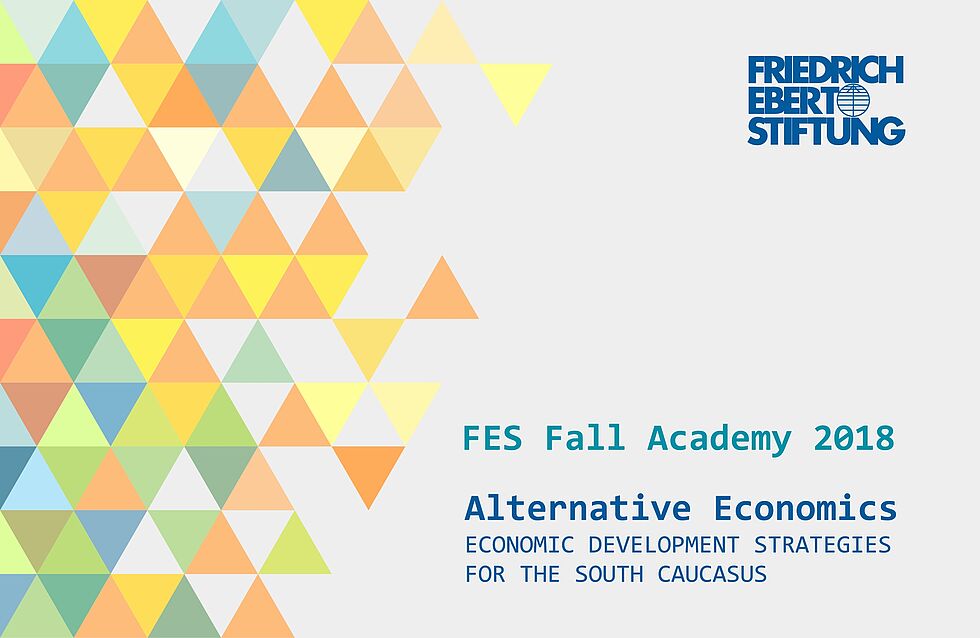 In the frame of the FES FALL Academy was analyzed the challenges developing countries are facing in different circumstances, such as  free market environment, as economy of  developing country will not catch up if market regulates itself and combination of government intervention and markets would be an optimal solution in this case.  The  Dollarization, currency hierarchy and  “Original Sin”  challenge  was addressed as  developing countries receive foreign debts in foreign currency and real debts burden increases. Moreover, The role of FDI in economic development  was widely debated as it can not be considered positive in all cases, especially in real estates in developing countries.

FES Fall Academy gave an opportunity young scholars to broaden their knowledge in terms of  Alternative Economic models for South Caucasus beyond the mainstream economic approaches dominating in South Caucasus and present their researches to a wider audience.

On the following link you can see Prof. Dr. Hansjörg Herr of Berlin School of Economics and Law Interview on "Economic Development Strategies of Georgia" in Georgian Public Broadcaster's TV Show 42° parallel; He is discussing the lecture topics of FES FALL Academy 2018.