FES is supporting the Trade Union School project in Georgia that was initiated by "weltumspannend arbeiten", an association of the Austrian Trade Union Federation, and the Georgian Trade Union Confederation (GTUC). 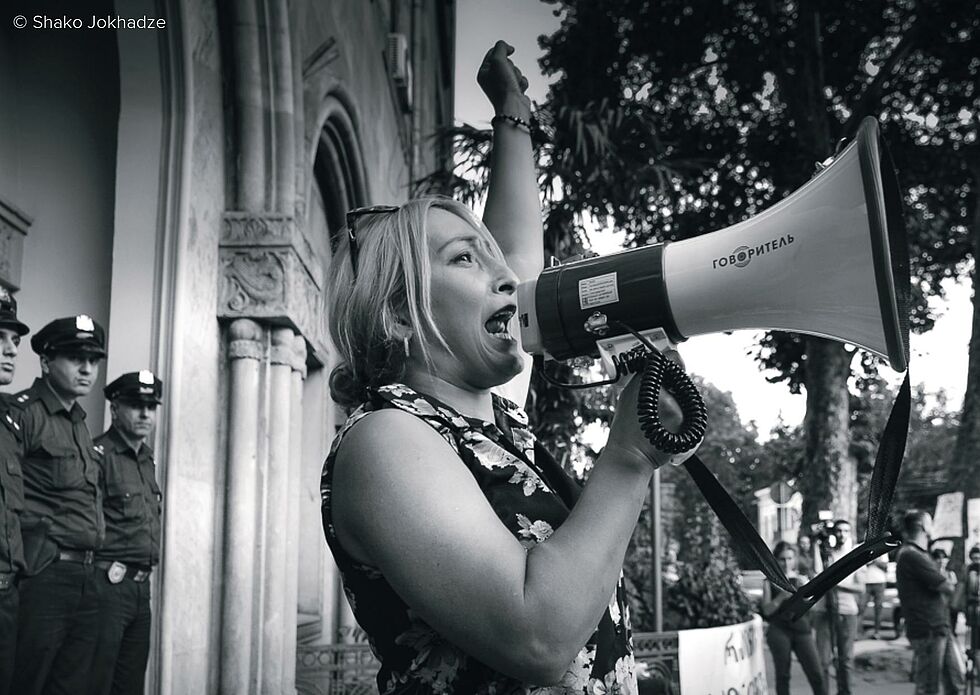 FES is supporting the Trade Union School project in Georgia that was initiated by weltumspannend arbeiten, an association of the Austrian Trade Union Federation, and the Georgian Trade Union Confederation (GTUC).

The project enabled the implementation of Trade Union Schools in Tbilisi, Kutaisi, and Batumi. Between 2016 and 2021, a total number of 116 participants coming from various industries and economic sectors graduated from one of the six different schools offered. Over the course of this period, three schools took place in Tbilisi, one in Kutaisi, and Batumi hosted its second cohort in spring of this year. Overall, the most numerously represented sectors were education and higher education, heavy industry, and the public sector. Further participants were coming from the media sector, NGO sector, tourist and transportation sector, and the medical sphere.

In Georgia, the challenge for employees and trade unions is an economic environment that is heavily marked by persistent neoliberal policy and informal networks. Trade unions are urgently looking for future-oriented approaches to tackle problems such as poor working conditions, unemployment, and a de facto nonexistent minimum wage. With the Trade Union School, there is now an instrument that supports participants in acquiring targeted knowledge, strengthening networks, developing strategies, and mobilizing in an organized manner.

The aim of the Trade Union School is to provide future trade union leaders with in-depth training in social, economic and societal policy issues and to support them in negotiating collective contracts. Furthermore, the provided training aims to strengthen practical skills to campaign for workers' rights. Participants from various sectoral trade unions take part every year.

The structure of the school was adopted from the Austrian model and its content was adapted specifically to Georgian activists’ needs in the course of the last six years. The program covers a wide range of topics: local trainers teach subjects such as labor law, safety at work, social and gender equality, ways to mobilize workers, negotiation techniques, self-presentation, public relations, and membership recruitment. In addition, international trainers give lectures on best practices in the EU.

Graduates can use and pass on their knowledge within their companies and local trade unions. Moreover, they are a valuable resource for the actions of the Georgian Trade Union Confederation.

A concrete example where the acquired knowledge has been implemented are the successful protests of workers in the bottle factory in Borjomi in early 2021, where Trade Union School graduates played an important role. Through persistent protests and strikes, the workforce at the bottle factory succeeded in re-establishing a trade union representation within the company  after it had been dissolved by the management. In addition, the protests resulted in a 30% wage increase. Furthermore, the constructive use of social media during street protests and the great need for knowledge about labor law, especially for women, is a great gain for the participants. The need for and interest in the Trade Union Schools has additionally increased in recent years due to the improvements in labor law and the restructuring of the Labor Inspectorate.